Even the easy yoga poses will be challenging the first time you attempt them. Plus, “easy” is not the same for everyone. Unlike many other types of sport and fitness, yoga has its own language, its own breath patterns, and is intensely tied to self-realization. Practicing yoga will likely transform how you approach other sports, your body, and your sense of self. Many people start noticing the benefits of yoga after their very first session; most people will see a change after three to six weeks. But getting started is the hardest part, especially if you have ZERO yoga experience! Here, we tell you everything you need to know about beginners’ yoga.

Before you start, review our blog post about yoga basics and some benefits of yoga. The post familiarizes you with the language of yoga (Sanskrit), the history of yoga, and the most popular types of yoga.

Step 1: Set Up Your Space

While outdoor yoga is inspiring, we recommend starting your yoga practice indoors, where you can more easily hear and see your instructor, app, or other guides. We’re not going to lie: yoga can feel awkward when you’re getting started! Becoming comfortable in odd positions is part of the resiliency that yoga develops. But it takes a while to feel “okay” having your glutes in the air and your head near the ground! It’s best to learn yoga in a quiet, safe, private space.

Be sure that your space is large enough to practice. It should be a few feet longer than your body when you lay on the ground. The ceiling should be high enough to lift your arms overhead with straight elbows. You will be moving side-to-side while laying on the ground, so it’s best to have a few feet available to each side of your mat, too.

Once you’ve memorized the poses and learned a few flows, you can take your practice outdoors. Again, we recommend finding a safe and relatively secluded place. An ideal outdoor practice space allows you to let your guard down and zone out in the flow. If you’re fair-skinned or overheat easily, find a place with some shade.

Like most types of fitness training, a yoga class can still be successful even if you don’t have the perfect equipment. But, having all the gear you might need will make your first classes more streamlined. Here’s a recommended list of yoga gear that you might use during your yoga session. By the way, to follow the environmentally-conscious paradigms of yoga, we recommend sourcing sustainable yoga materials as often as possible!

Yogis call tools like blocks, blankets, mats, and straps “props.” You’ll often hear an instructor say, “Use a prop underneath your knees in this pose.” And yogis often use props without being told to! There are no rules. Whichever props you need to make your practice work for your body and ability level are the right ones to use.

The following props can be helpful during a yoga practice, but they’re not required. Whichever works for you is the best prop for you to use!

Step 2. Learn About 12 Of The Most Common Yoga Poses

As you progress in your yoga journey, you’ll find all sorts of crazy pretzel-poses to experiment with. These wild poses are mostly newer versions of foundational yoga poses. Learning the foundational poses first is imperative to exploring more creative flows and poses later. And our yogi ancestors believed that inner-stillness develops in more basic poses. So: start small! Get to know the following 12 poses, how your body feels in them, and how to modify the poses so that they serve you.

“Modification” simply refers to variations from the original posture. When a yogi assumes a modified pose, it’s not because they’re weak or incapable. They use a modification because their body finds it more effective and enjoyable. Modify without judgment! Your body is unique and deserves to be treated as such. 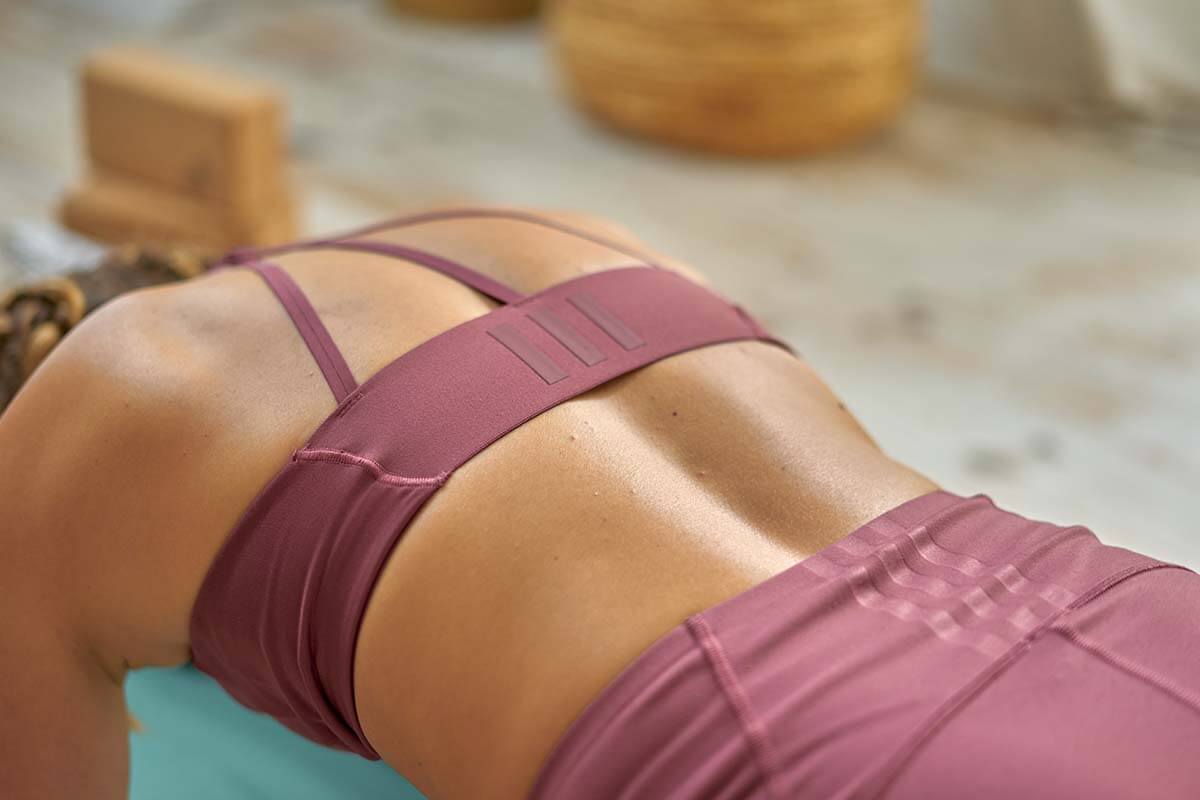 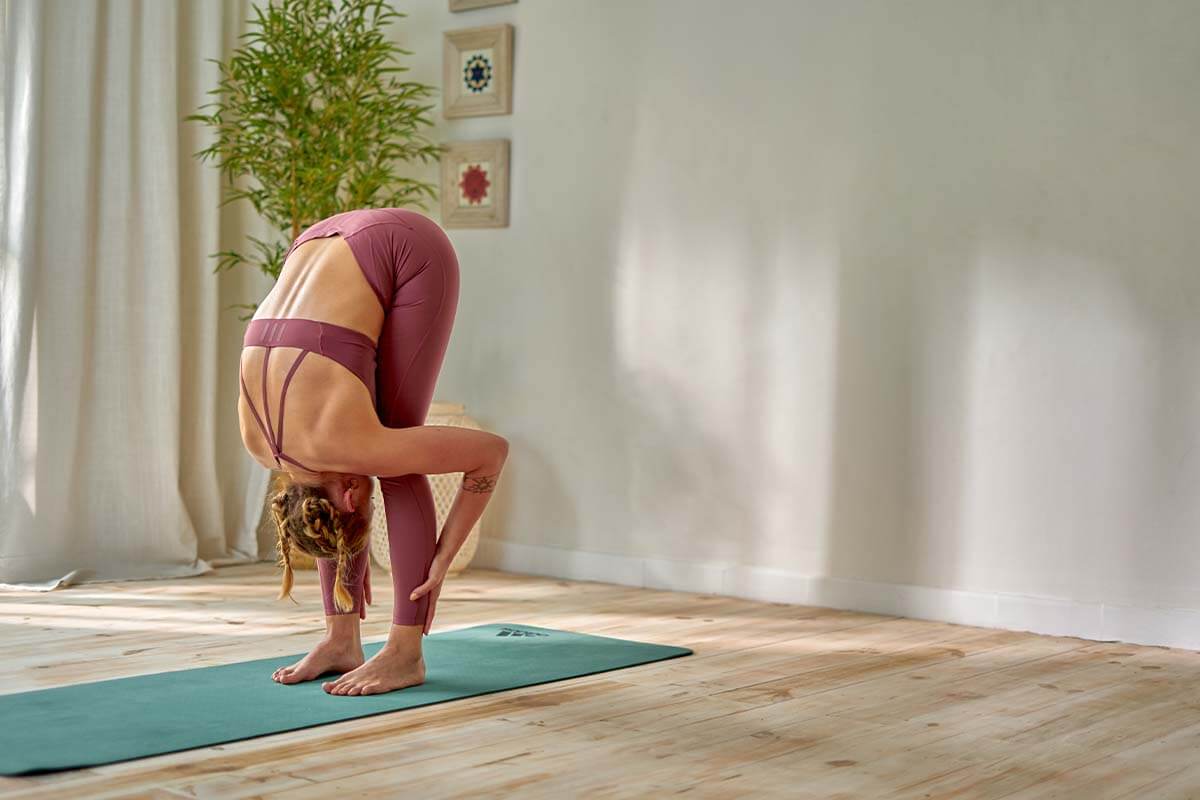 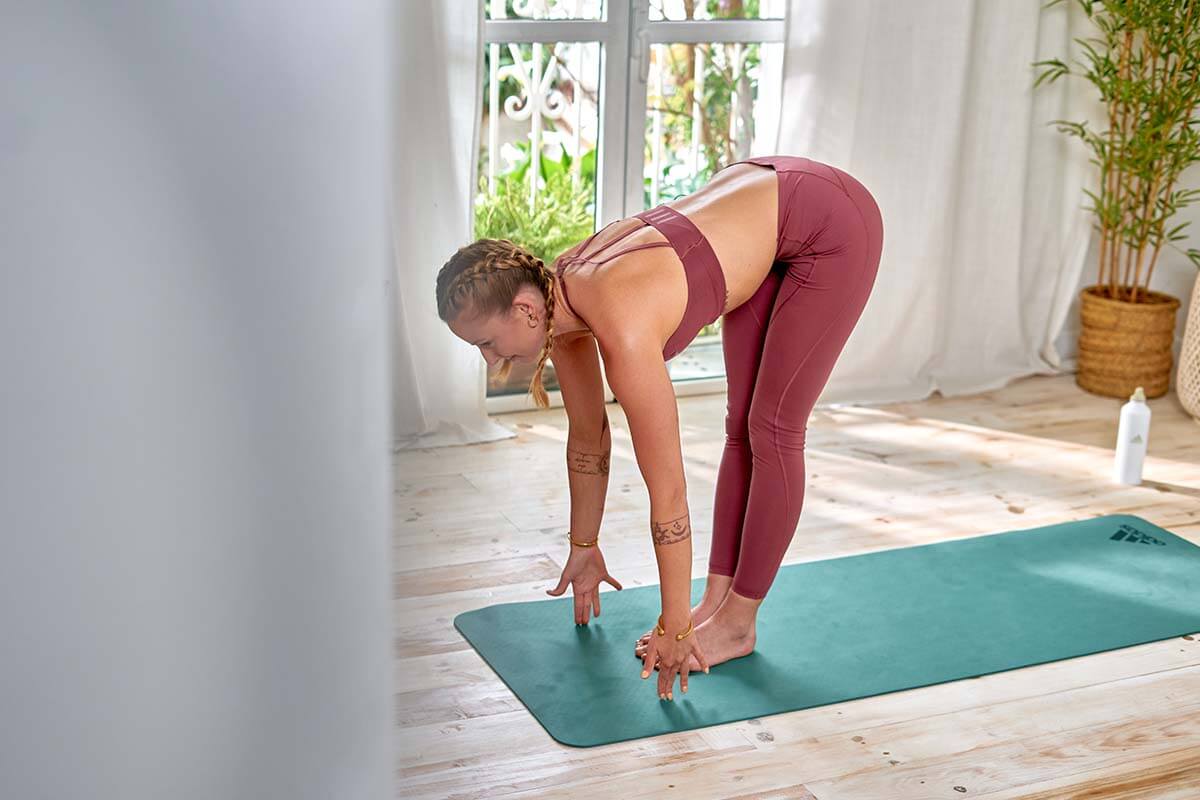 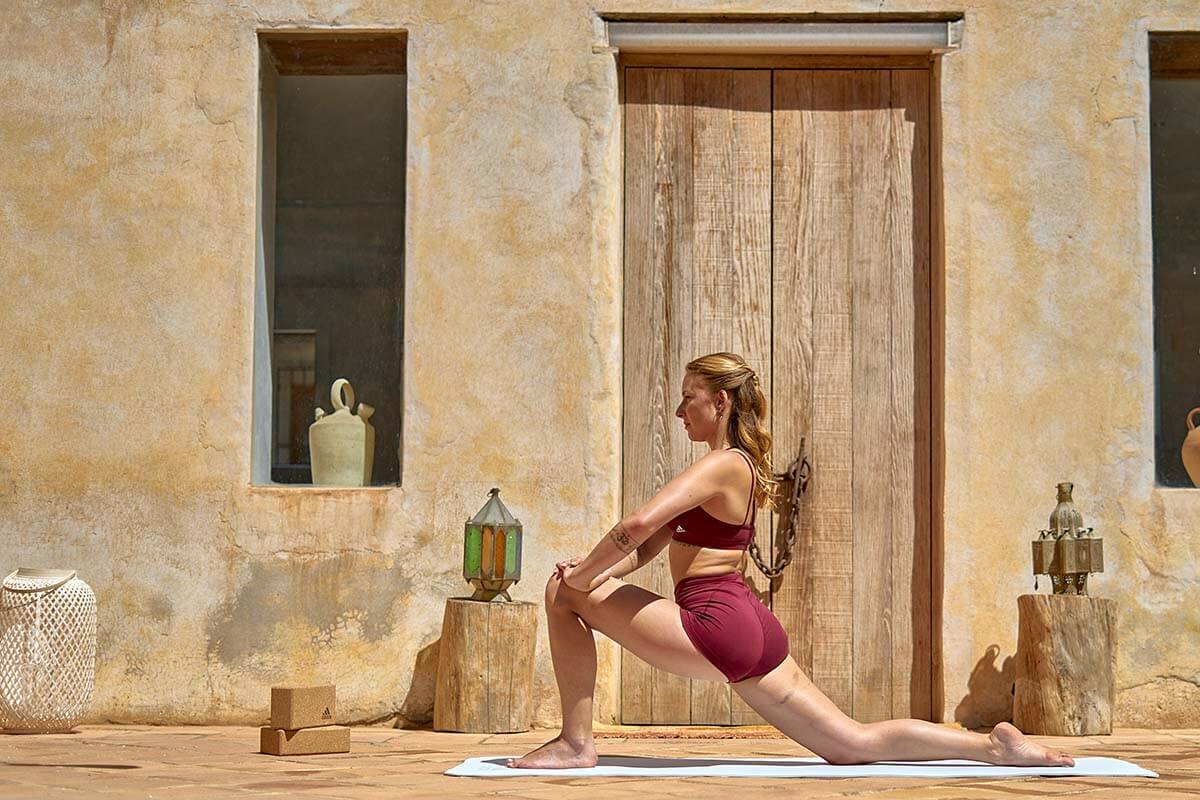 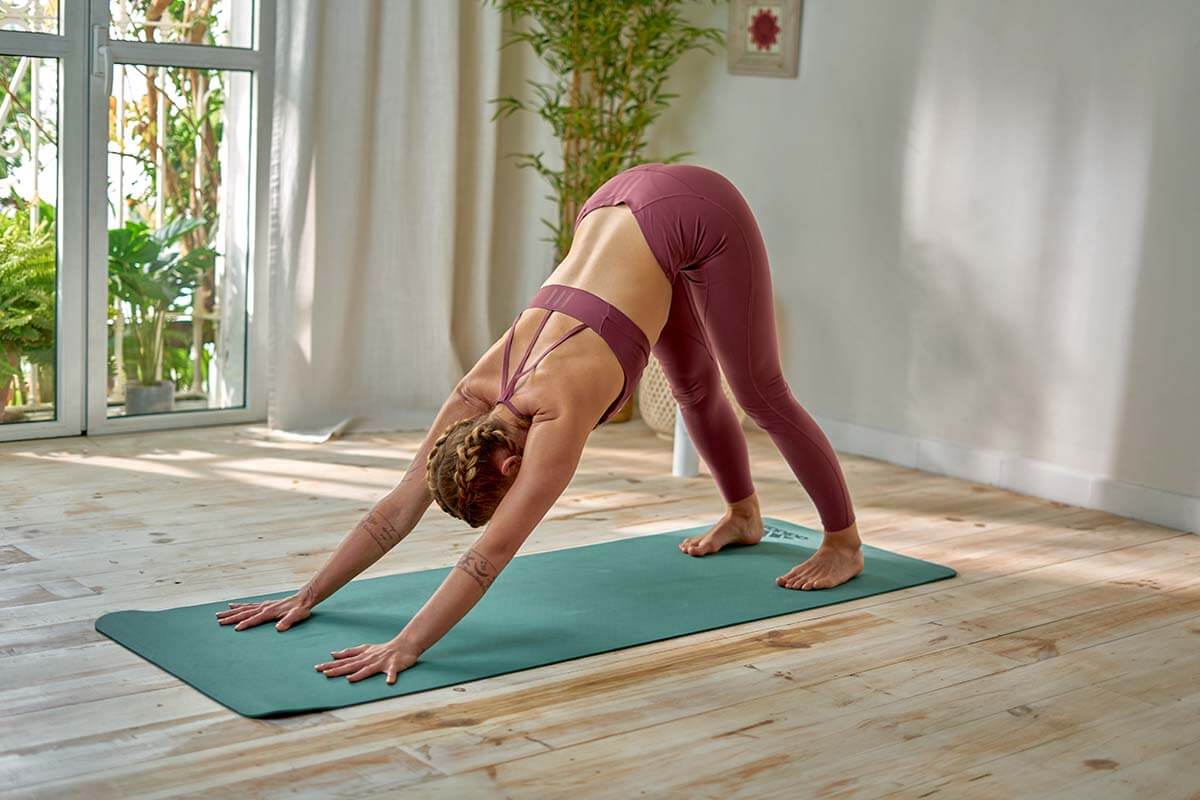 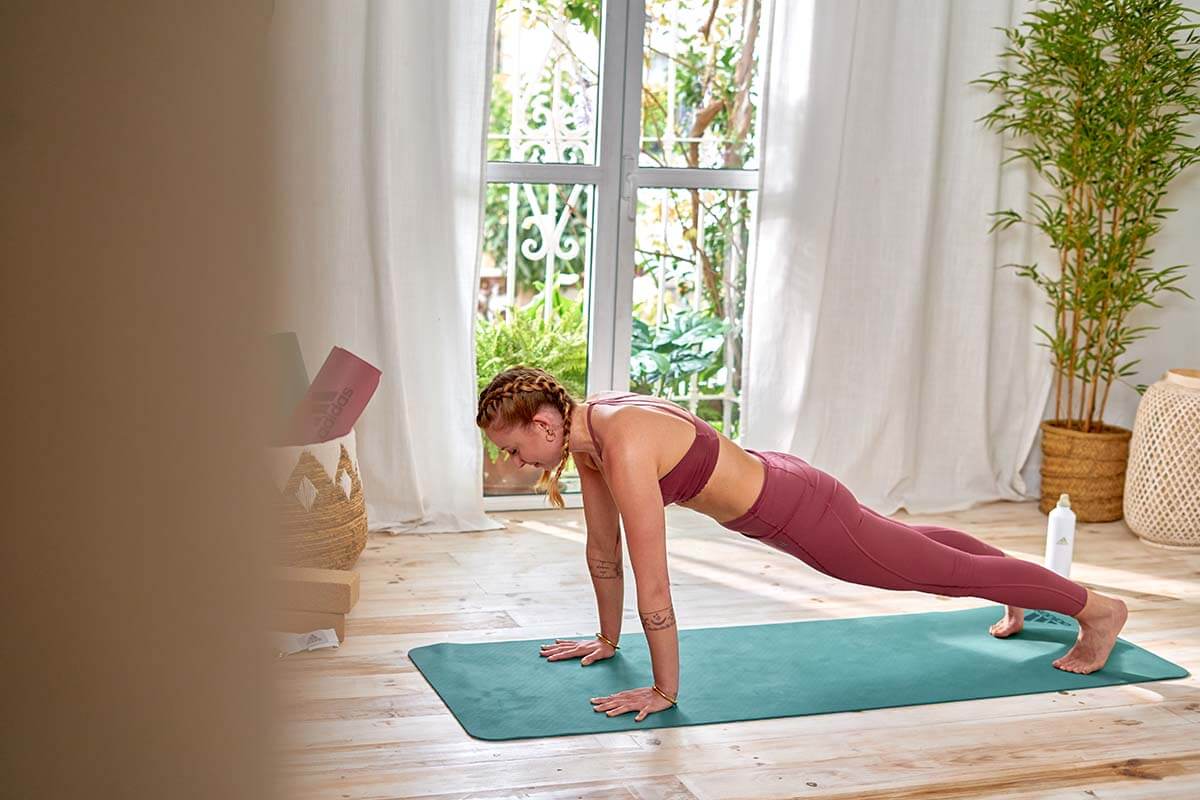 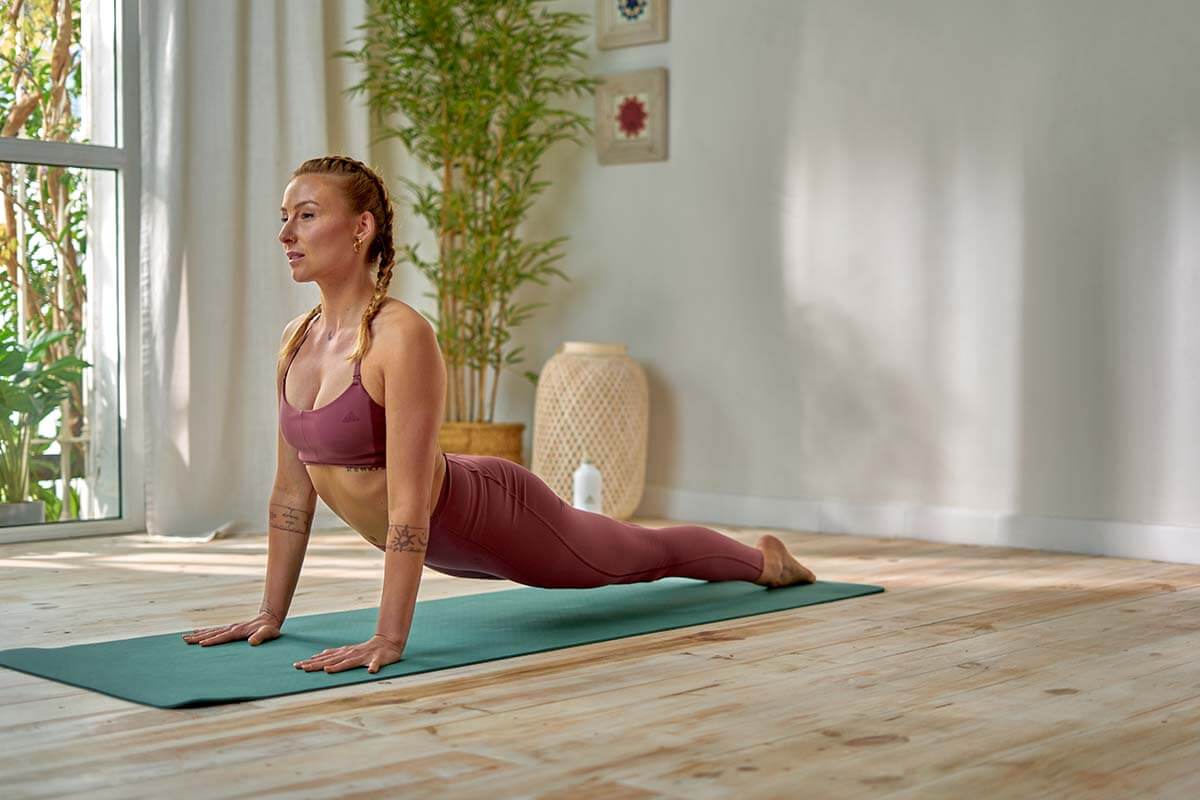 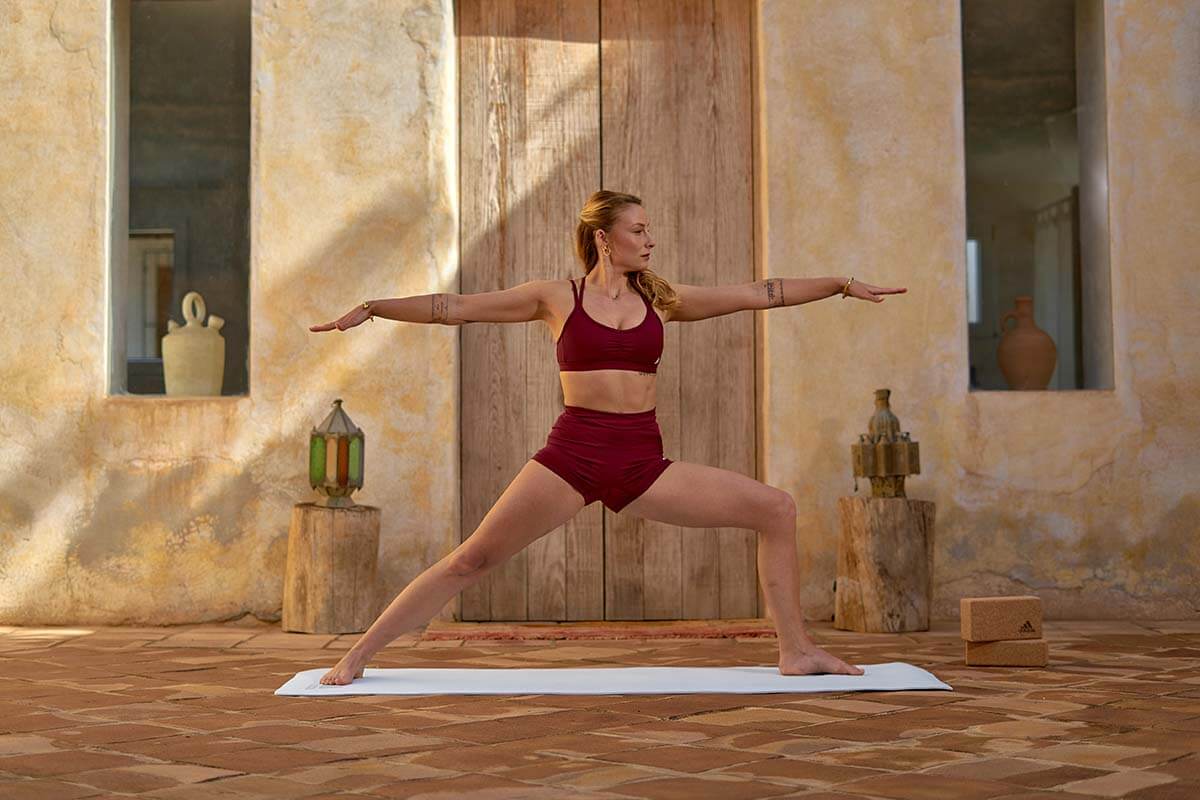 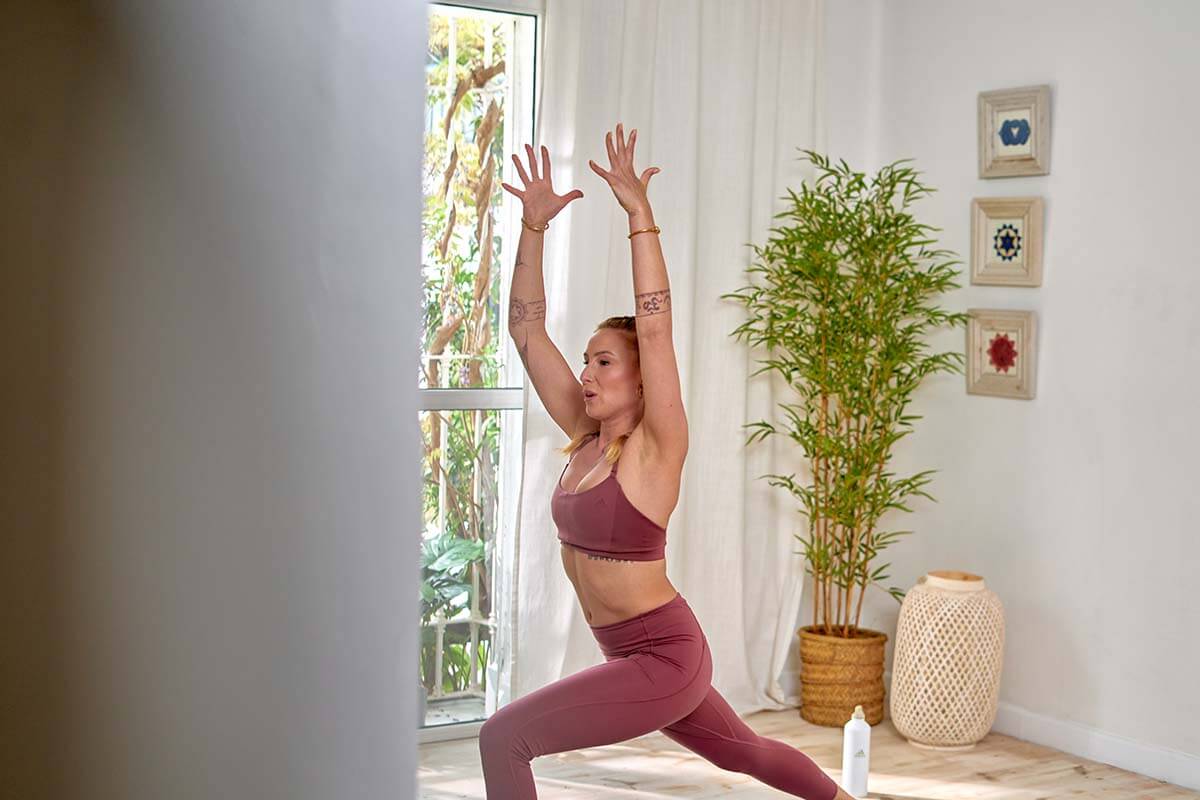 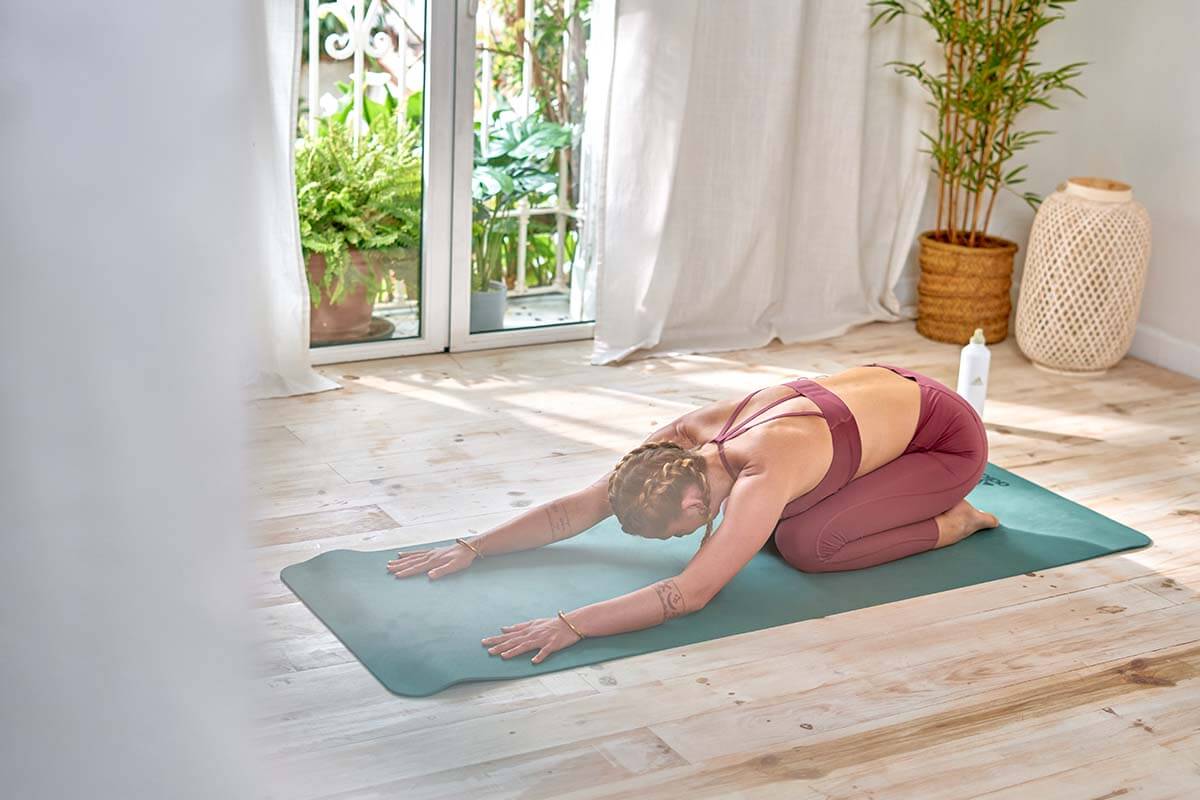 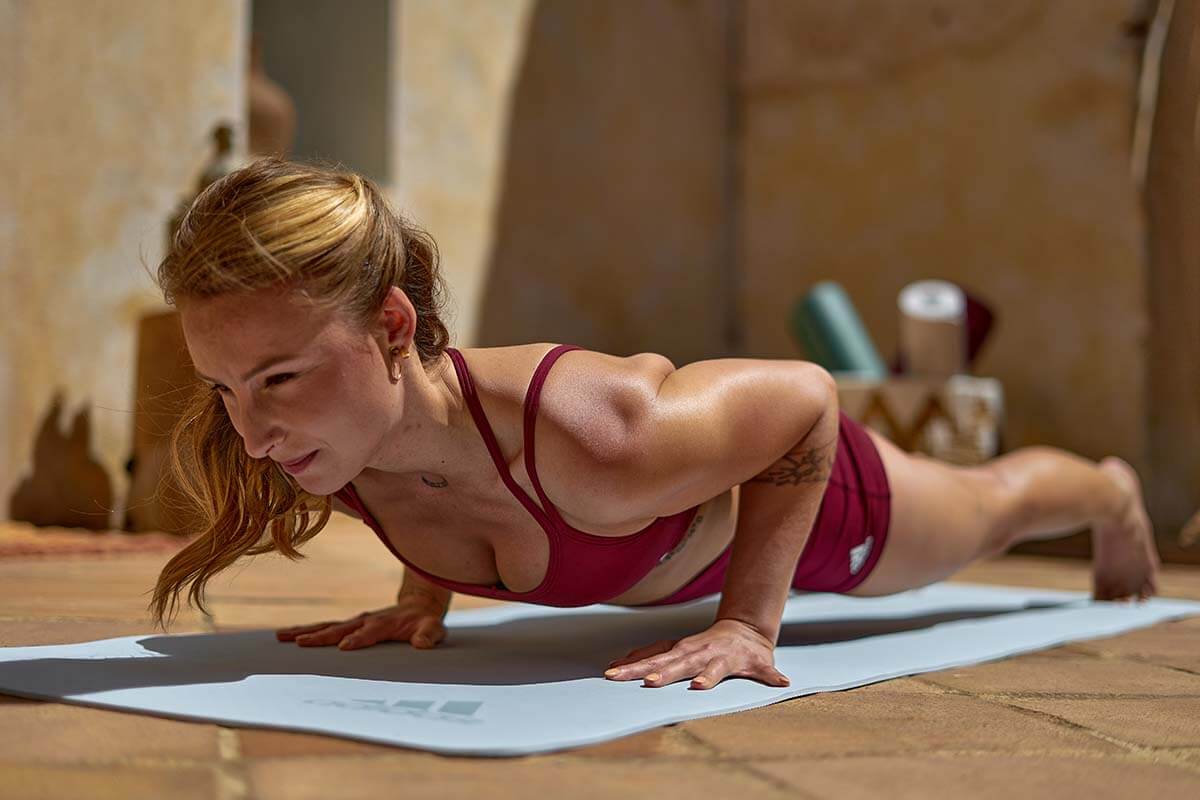 Yoga carries fantastic physical and athletic benefits. It’s one of the most accessible ways to increase flexibility and mobility. But it’s a special kind of exercise in that it carries elements of spirituality, meditation, and mindfulness. These elements do not reflect religion but are inspired by the mind-body connection. Do not discount this element of the journey! Here are a few things you can do to practice mindfulness.

We’ve got an entire blog post dedicated to this very idea! Journaling is a fantastic way to keep track of the subtle and beautiful changes in the body, mind, and spirit that may (or may not) occur during your yoga practice. Try checking in with yourself BEFORE you begin to set intentions for the session. Then, check in with your feelings after the session to notice if any changes have occurred.

Listen To Your Body

Yoga goals aren’t like other fitness goals: they value the experience of the practice rather than the outcome. You can set unique goals before every session based on your present needs. In yoga, taking modifications, up-leveling, and down-leveling, are signs of self-awareness and self-love. Yogis allow their bodies to dictate the intensity of the class and even individual poses. Such attunement and adjustment to the minute details of one’s body might seem hyper-vigilant at first. Eventually, such perception will become natural and calming.

Yoga promotes a sense of curiosity and exploration (it’s no wonder so many travel bloggers post images of themselves doing yoga poses in incredible places). Just as you experiment with new foods, styles of make-up, outfits, and sports, so should your yoga practice be a chance to escape the mundane and find delight! Here are a few ways to mix up your practice:

Starting a yoga practice can feel confusing, complex, and downright weird. If you feel that way, you’re doing it right! Yoga is unlike any other form of exercise, mindfulness practice, or physical therapy because it blends all those things into one. By educating yourself on the practice before you begin and showing yourself grace through your initial struggles, you’ll find that the practice feels easier every time you get to the mat. Who knows? You might even find that your body, mind, and spirit crave it.

About the Author
Emily Stewart is a freelance writer at Runtastic. She’s a 200-Hour and nearly 500-Hour certified Vinyasa Yoga Instructor. And, she’s a certified Trauma-Informed Yoga Instructor. She’s taught yoga in the USA, England, Malta, and Austria (and online). She’s attended and hosted yoga retreats around the world. She spent six months studying abroad in India, where she practiced at an inner-city Sivananda Vedanta Yoga ashram at least twice weekly. She spent three days at their forest ashram in Tamil Nadu, India. She has served as a Mentor and Teacher Trainee with The Kaivalya Yoga Method Teacher Training.

High Resting Heart Rate: Causes and How to Lower It [Latest 2022]