What Is eSports and What Does the World of Virtual Athletes Look Like? [Latest 2022]

427
SHARES
1.1k
VIEWS
Share on FacebookShare on TwitterShare on WhatsappShare on TelegramShare on EmailShare on Wechat
Contents hide
1 Where was competitive gaming born and what exactly is eSports?
1.1 The most popular eSports games
2 You might be interested in these products:
3 A virtual potential that can even surpass the Champions League
4 TOP 4 advantages of eSports and gaming
4.1 1. Improved logical thinking
4.2 2. Improved hand-eye coordination
4.3 3. Enhanced decision-making ability
4.4 4. Improved memory
5 Top earning eSports players and teams
5.1 The most successful eSports teams
6 Training of virtual champions
6.1 Training style of eAthletes
6.2 Diet of virtual athletes
6.3 Food supplements
7 Conclusion

Video games have a fairly decent history behind them, during which they have evolved from simple entertainment to a passion known as eSports. In the world, there are thousands of professional players who are training hard to dominate the top posts of the virtual leaderboards. Their hard work is subsequently rewarded with a tempting prize and fame on a similar level as in the world of real sports. Today we will take a closer look at the virtual ones together. We will map out some interesting things from the world of eSports, get to know the best players and look behind the scenes at their preparation, which, in addition to gaming, includes diet, supplements and training.

Where was competitive gaming born and what exactly is eSports?

The origins of eSports date back to the 1970s. The first ever match took place at Stanford University in October 1972, when students competed against each other in the video game Spacewar. It is considered to be the first ever classic multiplayer PC title in which players could immerse themselves in space battles. However, the main prize in the case of this first eSports tournament wasn’t money. The winner received a one-year subscription to the well-known Rolling Stones lifestyle magazine. [5]

However, the popularity of e-sports grew the most in the 1990s with the arrival of the Internet, when playing games changed from a casual hobby to a professional sport as we know it today. The word e-sport, eSports, egames or electronic sport refers to organised video game competitions. These entail tournaments for individuals, but mainly for teams who compete against each other for monetary rewards. [1-2] 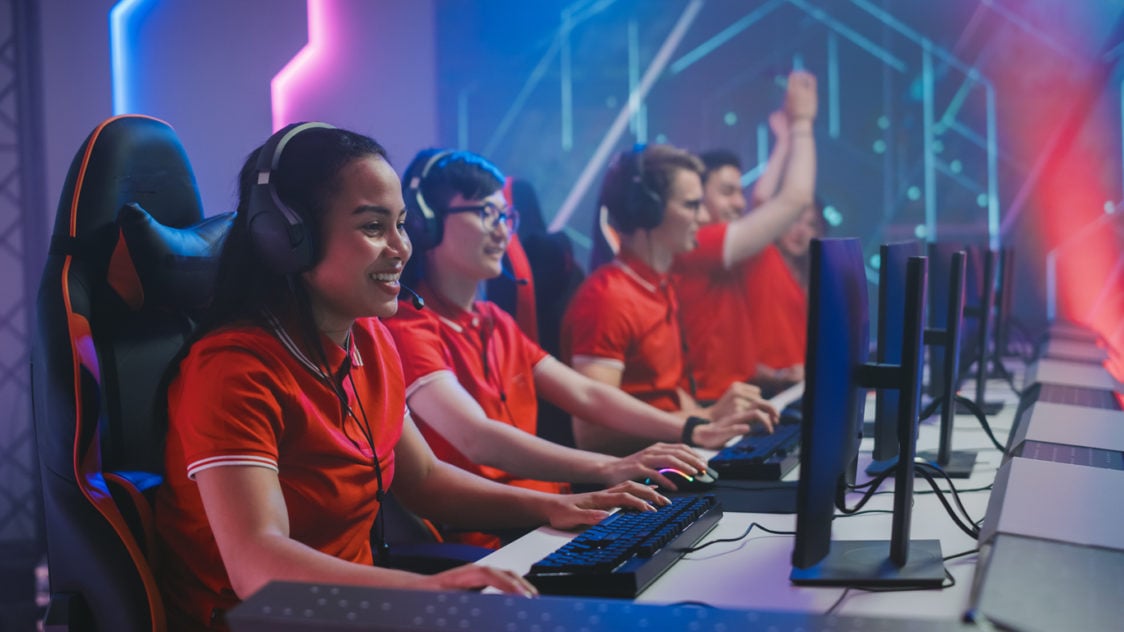 The world of eSports works very similarly to traditional sports. Top players compete with each other for leading positions in the rankings and financial prizes in games of their choice. [1]

The most popular eSports games

The most popular eSports titles in 2022 include:

A virtual potential that can even surpass the Champions League

The popularity of eSports is constantly growing. Analysts predict that based on the current rate of growth, eSports tournaments will surpass classic sports events such as the Champions League or Formula 1. Even now, there are several aspects of virtual sports in which the traditional one is getting the short end of the straw. An example is The World Cup in the game Fortnite, the winning of which almost breaches the threshold of 3 million euros. For real-world sports comparison, this prize is bigger than tennis champion Novak Djokovic got for winning Wimbledon in 2021. 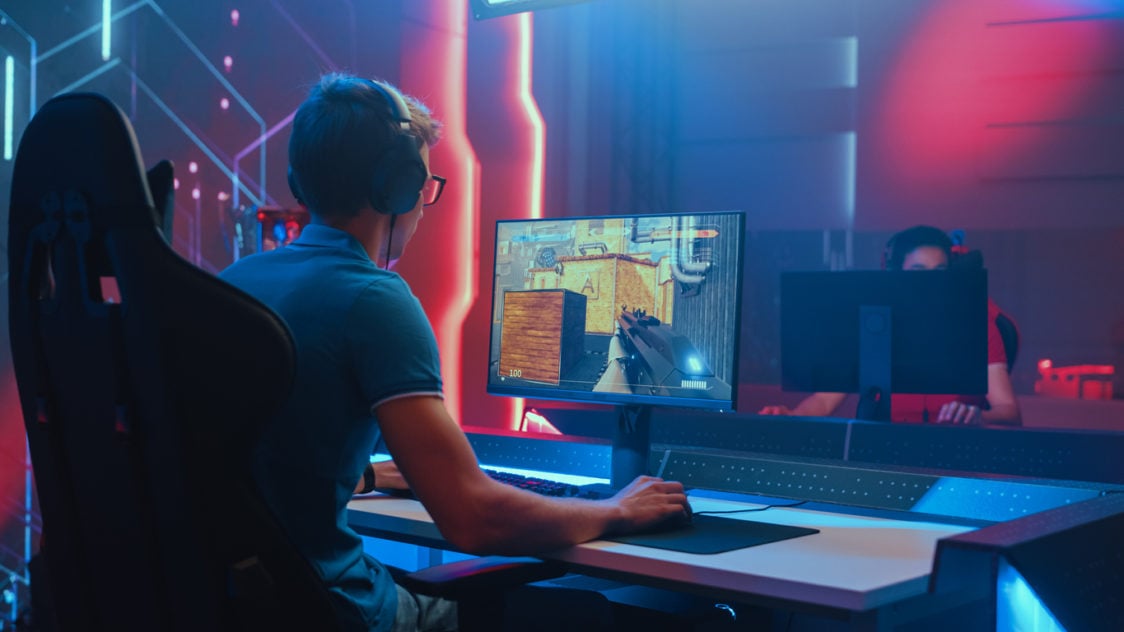 In 2022, the total market value of the e-sports industry is estimated at 1.8 billion dollars. It is most popular in China, where its market value is higher than anywhere else at more than 100 billion dollars. The idea that eSports could appear on the official list of Olympic sports also comes from Asia. The first step towards this was the establishment of the Olympic Virtual Series virtual tournament. Its goal was to connect the world of virtual and real sports in the style of the Olympics. Virtual events are watched by millions of fans around the world, and it is predicted that the popularity of eSports will continue to grow for at least the next few years. From the point of view of maintaining the attractiveness of the Olympic Games, the inclusion of eSports would definitely make sense. [3 – 4] [16][18]

TOP 4 advantages of eSports and gaming

One of the biggest advantages of eSports compared to classic sports events is its accessibility. Traditional sports need large stadiums where spectators physically gather in one place. In the case of eSports, all the viewers need is an Internet connection and they can watch their favourite teams and matches via a live stream, for example on the most popular Twitch platform, from the comfort of their home. However, eSports and the gaming itself are also beneficial for the actual players. [6]

A 2015 study followed 27 professional players whose brains were subjected to MRI scans. Players have been shown to have more grey matter and increased connectivity in an area of ​​the brain that translates into improved cognitive abilities and logical thinking. That means that you can also benefit from gaming at university or at work. [7]

Another study came out with the finding that people who play games regularly have better sensorimotor skills. Scientists followed two groups of individuals. One was made up of players and the other was made up of people who had never played any games. Both groups had to perform a simple task on the computer screen – follow green dots with the mouse. As the test continued, it became clear that players responded faster and more accurately than non-players. Thus, playing games can develop sensorimotor patterns. They can help you with tasks that require hand-eye coordination. An example could be cycling or writing. [8]

Researchers from the University of Rochester found that playing action games on a regular basis can improve your ability to make fast decisions in real life. When a problem appeared, action game players reacted up to 25% faster compared to non-players, or players playing more casual games. These properties can be valuable in real life, or at work where quick decision-making is required. Examples include professions like soldier, paramedic, manager or doctor. [9] 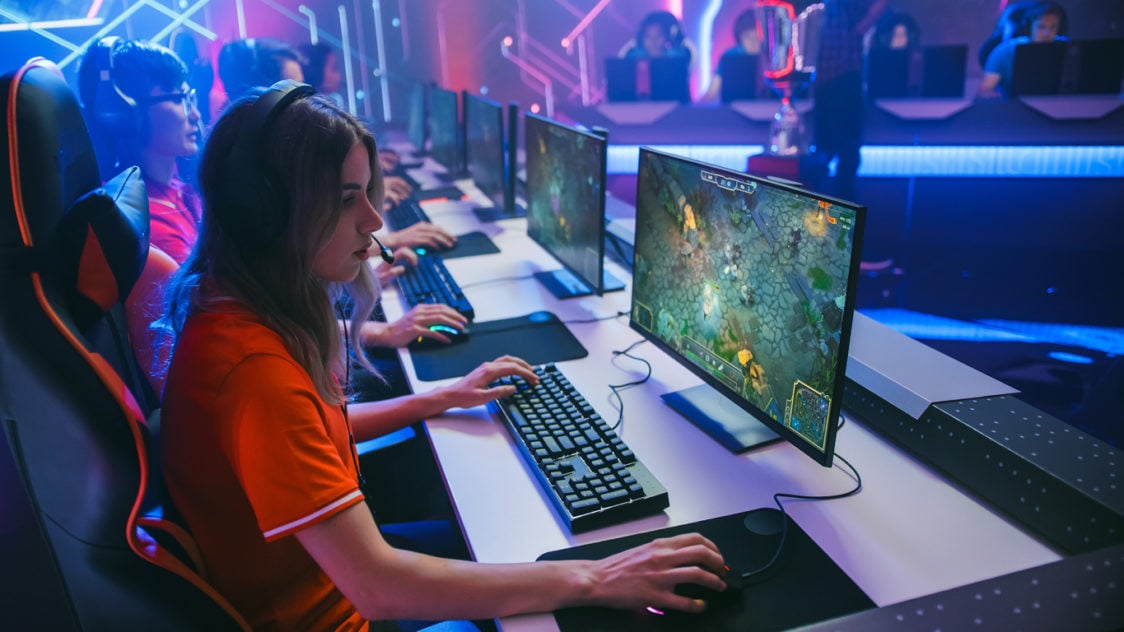 A 2015 study tested gamers and non-gamers on memory tasks. Those who frequently played complex 3D games performed better than people who do not play games or who prefer to play simpler titles in a 2D environment. The study also showed that if non-gamers played a complex 3D game for 30 minutes every day, their memory improved over time. So playing video games regularly can be one of the ways to keep your memory at a good level. [10]

eSports is a global industry supported by sponsors, teams, leagues and fans and also professionals battling in the top competitions, which use eSports to make a living. In 2022, the top player on the list of the best-earning eSports players is a Dane named Johan Sundstein. In the world of eSports, however, he is better known by the nickname n0tail. He has a successful Dota 2 career that has earned him over $7 million. In the same game, the second place is occupied by Finn Jesse “JerAx” Vainikka (almost $6.5 million), and the third place belongs to Australian Anathan “ana” Pham (slightly over $6 million).

The most successful eSports teams

The results of these teams and individual players are a sign of great determination, hard work and long hours of playing. Let’s have a look at what the preparation of an eAthlete looks like. [11]

Playing video games may seem like a dream come true for some. However, if you would want a professional career, it is not easy and requires constant pressure to perform just like traditional athletes. Individual eSports teams usually practise together for 6-8 hours a day, often including weekends. Individual sources from players in some cases even talk about 10-15 hours of playing per day. Players also have coaches evaluating their performances. They also work on new strategies or replay their opponents matches to discover their strengths and weaknesses. [12] 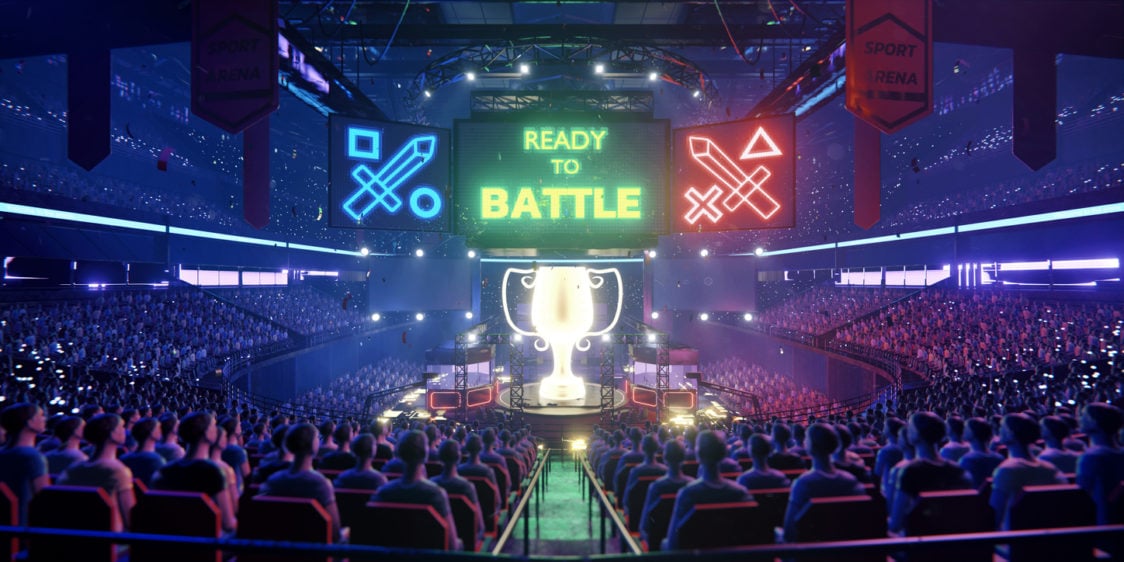 The training schedules of individual eSports professionals are usually slightly different. One of them looks like this [13]:

For professional gamers who spend endless hours sitting down and playing games, time spent away from the screen is also important, namely in the form of physical activity. A typical training program for eSports teams includes three basic areas – stretching, strength and endurance training. The goal of physical training is to reduce the risk of potential injuries (especially in the back, neck and upper limbs), improve cognitive functions, concentration or the ability to better manage stress. These are practical benefits that come with every physical activity. Each of the players approaches it in their own way. Some choose a more active lifestyle, others less so. [14]

If you are further interested in this topic, you should definitely read our article Why Should You Exercise? Stronger Immunity, Heart Health and 8 Other Reasons.

You should never underestimate the importance of a balanced diet, which plays an equally key role in the life of gamers as physical training. UPMC Sports Medicine recommends that professional players should focus on a protein-rich diet supplemented with vegetables and fruits. They should also not forget about healthy fats, vitamins and minerals. [15]

Supplements that are worth to mention include, for example, potassium and magnesium, which contribute to the proper functioning of the nervous system and muscles. In addition, magnesium itself supports the psyche and has an effect on reducing fatigue and exhaustion. Every player will also appreciate nootropics. These are substances which are said to improve memory, thinking and concentration, i.e. key sensations that can decide the course of any online match. These are all things that any professional gamer will appreciate. Similarly, like traditional athletes, eAthletes can also facilitate the intake of these key substances by supplementation, which will then support their in-game performance. [15]

If you are further interested in the topic of nootropics, be sure to read our article Nootropics for Improving Brain and Memory Functions that You Must Know.

Many players often resort to energy drinks that contain caffeine. In his case, however, it is necessary to pay attention to the optimal daily intake. For a 70 kg (154 lbs) person, it should not exceed 400 mg. A somewhat better choice in this case might be a complex gaming pre-workout mix, such as XBEAM Energy Powder. It contains a carefully selected substances to support gaming performance. [19]

eSports is extremely popular in many countries around the world. This is evidenced by its value of more than a billion, high numbers of professional players and very attractive bonuses for winning tournaments. This virtual world works in a similar way to real sports, and the training of eAthletes requires long hours of training and a lot of hard work. In addition to playing games and constantly improving, players must also think about physical activity and a healthy lifestyle that will help them mitigate the consequences of a sedentary lifestyle. Playing games, on the other hand, gives them the opportunity to enjoy many benefits and the chance to win attractive financial rewards.

[3] eSports: Could it become more popular than the real thing? – https://www.euronews.com/2022/06/23/esports-could-it-become-more-popular-than-the-real-thing

[5] The History and Evolution of Esports – https://bountiegaming.medium.com/the-history-and-evolution-of-esports-8ab6c1cf3257

[6] ESPORTS STREAMING PLATFORMS: WHERE CAN YOU WATCH ESPORTS ONLINE? – https://www.esports.net/wiki/guides/esports-streaming-platforms/

[9] Video Games Lead to Faster Decisions that are No Less Accurate – https://rochester.edu/news/show.php?id=3679

[13] The Daily Regimen of Players in Professional Gaming – https://www.intel.in/content/www/in/en/gaming/resources/gamer-life.html

[19] Caffeine: How much is too much? – https://www.mayoclinic.org/healthy-lifestyle/nutrition-and-healthy-eating/in-depth/caffeine/art-20045678