423
SHARES
1.1k
VIEWS
Share on FacebookShare on TwitterShare on WhatsappShare on TelegramShare on EmailShare on Wechat
Contents hide
1 What is Wear OS?
1.1 Wear OS 3 in brief
2 Which Wear OS smartwatches will get Wear OS 3?
2.1 Which smartwatches have Wear OS 3?
3 What can a Wear OS smartwatch do?
4 What’s new with Wear OS 3?
4.1 Performance improvements
4.2 App switching
4.3 Changes to Google Wallet
4.4 Improved Google Assistant
4.5 More third-party Tiles
4.6 Fitbit’s role in activity and health tracking
4.7 SOS
5 What apps are available on Wear OS?
5.1 Top apps for Wear OS

Google has given Wear OS a significant facelift over the last couple of years, meaning the smartwatch software is now finally ready to compete with its contemporaries.

Though the platform stagnated for a long period, it’s evolved rapidly since Google united with Samsung in 2021 and helped deliver Wear OS 3.

Third-party apps and services have been given a new lease of life, and improved hardware – including a debut watch from Google itself, the Pixel Watch – is really driving the experience forward.

But there’s plenty to know and understand about the recent Wear OS developments – including whether your existing watch is in line for the Wear OS 3 update. That’s what we’ll be detailing in this complete guide

If you’re more interested in our recommendations, however, you’ll want to head to our roundup of the best smartwatches with Wear OS.

What is Wear OS?

For every smartwatch, there’s a software platform running on-screen. With the Apple Watch, it’s watchOS. For Fitbit, it’s Fitbit OS. You get the idea.

Wear OS is Google’s equivalent, and, as we see with Android, the company partners with vendors such as Samsung, Fossi, Mobvoi, Tag Heuer and Montblanc to provide the platform across a range of different devices.

There are slight differences to Wear OS on certain platforms – Samsung’s One UI Watch skin, for example, will see tracking performed by Samsung Health as default – but, generally speaking, you get the same experience across the board.

Which Wear OS smartwatches will get Wear OS 3? 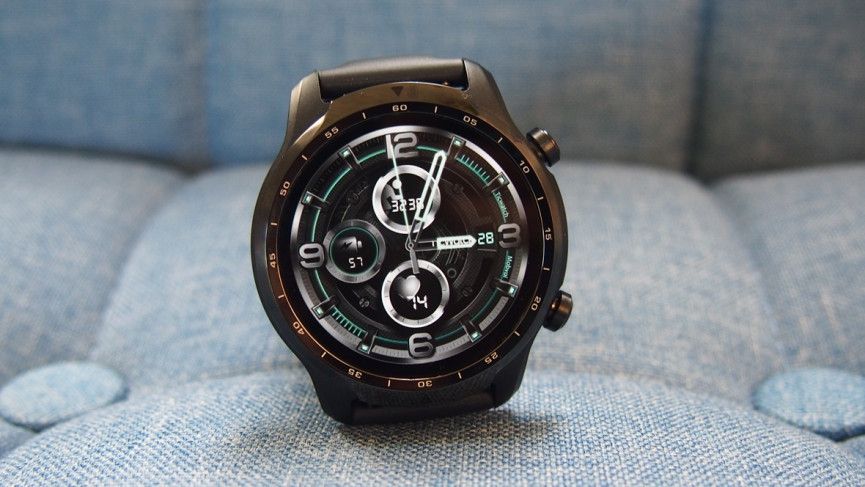 Though the Samsung Galaxy Watch 4 lineup was given the first edition of Wear OS 3 back in 2021, the full rollout has been relatively protracted. And though there are still users left in the dark regarding when their existing watch will receive the update, things have progressed in the second half of 2022.

The new operating system is still also available on a very select number of existing devices, however, which we’ve listed below. For models stuck with Wear OS 2, Google has previously confirmed that it will provide two years of security updates will be provided – but that’s it, really.

Which smartwatches have Wear OS 3?

There are currently 10 devices available on the market that run on Wear OS 3/3.5. There are also three watches that are eligible for the update but have yet to receive it.

What can a Wear OS smartwatch do?

Wear OS watches are much more than just second screens for your smartphone. Here’s a list of a few features, but keep in mind that not all the features below are available on every model.

Way back when it was first announced, Google indicated that Wear OS 3 represented a 30% increase in performance, which includes slicker animations and UI and a boost in the loading times of apps.

After using the software over the last year or so, we can certainly vouch for this – it’s a much speedier, bug-free experience compared to older versions of the software.

Google also claimed that battery life would be extended, too, but this isn’t something we feel has really progressed in Wear OS 3. You’ll still get 1-2 days with most of the available watches, which is neither great nor terrible. 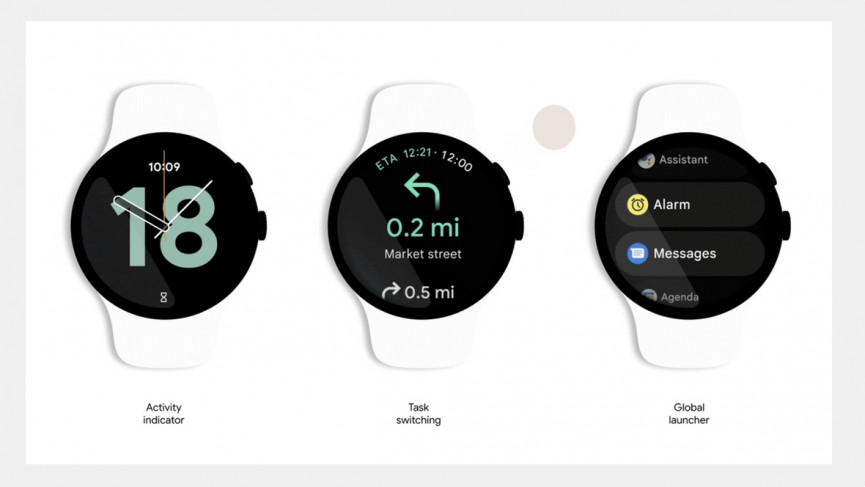 New features of Wear also mentioned include quick app switching, with a double tap of one of the physical watch buttons letting you switch between apps.

The apps not in use can continuously work in the background, as well, letting you go back and forth between them. You’ll also be able to see the most recent apps you’ve at the top of the new app launcher.

There has been a host of improvements to Google Wallet, which now lets you store the likes of match tickets, boarding passes, vaccine details, and, of course, payment cards, all from the wrist.

Google Assistant enhancements now mean you can configure the Assistant to work without the ‘Hey, Google’ wake word and have it listen for common commands instead.

Examples could be “turn downstairs lights on” or playing your favorite music – things you’d never just blurt out mid-conversation. 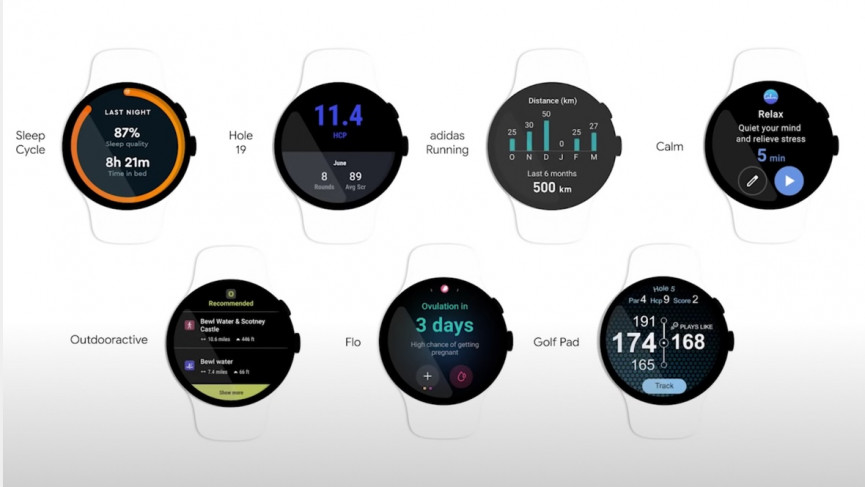 One of our favorite improvements made through Wear OS 3 is the addition of more Tiles. Google has opened up the API for these swipeable widgets to more third-party developers, which means there are now tons to pick between.

As shown in the image above, the new list includes the likes of Calm and Adidas Running, but existing ones, like Strava and Spotify, are available, too.

James Park, CEO of Fitbit, which is now part of Google, has been on the record noting that Fitbit would be power the fitness tracking experience on the Wear OS 3.

So far, the only Fitbit integration we’ve seen with Wear has been on the Pixel Watch. Interestingly, Fossil VP Brook Eaton recently told Wareable that the company has held talks regarding Fitbit support coming to third-party devices, but nothing appears close on this front.

A new feature heading to Wear OS is an SOS feature that can quickly dial a contact in the event of an accident or emergency.

What apps are available on Wear OS?

We’ve seen a bunch of rebuilt apps land since Wear OS 3 rolled out, with the likes of Strava, Adidas Running, Spotify, MyFitnessPal and Facer all getting on board.

Read our full guide to the best Wear 3.0 apps.

Google has also improved how its core services, such as Google Assistant, Google Maps and Google Calendar, work on smartwatches running the latest software.

It’s not just the app themselves that are improving, either, with Google also adding the ability to download and install apps directly from the Play Store. It’s now also much easier to find apps, thanks to the dedicated Watch app available for Android.